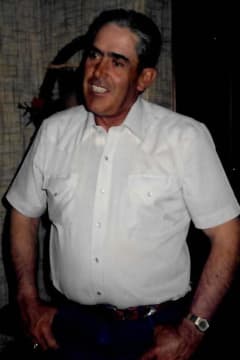 Raymond Zabala passed away on September 23, 2021, at the age of 88 at his home in Winnemucca, NV. He was born on August 8, 1933, in Winnemucca, NV to Justo and Marie Zabala. At age 12, he stocked shelves at the Mercantile Grocery. He washed dishes at the Pagoda Café and washed dishes and bussed tables at the Sonoma Inn. He went to work for his uncles at McErquiaga Ranches. So that he could continue to help his mother and family at the ranch, he did not return to school after his 8th grade year. In 1953, Ray was drafted into the United States Army during the Korean War. He served as the head rifleman and squad leader of the National Honor Guard in Hawaii, before Hawaii became a part of the United States. When he returned home, he went to work for Getchell Mines in Golconda, NV, where unbeknownst to him he would work alongside his future father-in-law. He then went to work at Quinn River Ranch with Buster Dufurrena and Don Jones. In the spring of 1957, he went to work for Tony Gelotti at Alder Creek Ranch to start colts and worked his way up to Ranch Manager. Mr. Gelotti sold the Ranch to Mr. Fink, who asked Ray if he would stay, and Ray did for one year. Ray was at Alder Creek for 10 years. Ray married Bonnie Burke on June 2, 1969, after the passing of her first husband. Ray not only married Bonnie but took on the responsibility of being dad to her 3 pre-teen sons. Ray went into business for himself, contract stacking hay in the summer for numerous ranches in the surrounding area and in Northern California and Oregon. In 1964, he went to work for Richard Drake as a bartender at the “Gem Bar” in the winter months. He later ran the “Gem” for Richard until it was sold to Bob Cashell. When Richard Drake bought the Knott Creek Ranch in 1977, Ray went to work for him again. Ray finally retired in 2000. Ray enjoyed hunting with his family and friends, family gatherings, listening to “GOOD” country music and work, work, work!! Ray is survived by his wife of 52 years, Bonnie Zabala. His children, Rick (René) Maestrejuan, Frank (Stella) Maestrejuan and Tobin Maestrejuan. His grandchildren, Teo (Sarah) Maestrejuan, Martín Maestrejuan, Kiefer (Julia) Maestrejuan, Jeremiah (Sarah) Maestrejuan, Sierra Maestrejuan and Dillon Maestrejuan. Great-Grandchildren, Jalea Maestrejuan, Deni Maestrejuan and Luke Maestrejuan and his sister, Rita Chapin. He is preceded in death by his parents, Justo and Marie Zabala, his brothers, John Zabala, and Louis Zabala. His sisters, Sara Ghrist and Gloria Tomasini and grandparents, Bruno and Caudida McErquiaga. In lieu of flowers, donations may be made to “Rope for Hope” P.O. Box 328, Winnemucca, NV 89446. The family of Raymond Zabala would like to thank HGH Group and Genesis Home Health, Echo Matthews, Dr. Bidart, Dr. Throng, Dr. Anderson, Dr. Lambert, and Northern Nevada Hospital. A special thank you to Katie Garijo and Carleen Quinn. A Celebration of Life for Ray will be held on October 9, 2021, at 11 am at St. Paul’s Catholic Church with Interment of Ashes and Military Honors at the Winnemucca Cemetery. A Reception to follow in the West Hall of the Winnemucca Convention Center.

Send flowers to the service of Raymond Zabala 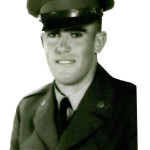 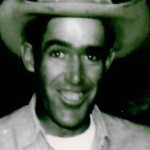 Honor the life of Raymond Zabala