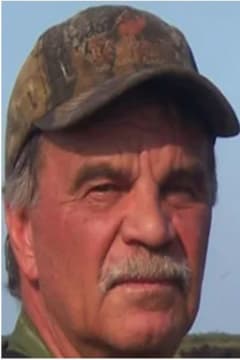 John Robert Gamble Jr. passed away September 1, 2022 in Orovada, Nevada doing what he loved, hunting with his family. John was born in Reno, Nevada on February 10, 1948 to John Robert Gamble Sr. and Muriel Westergard Gamble. He loved growing up with his little brothers, David and Douglas, and his friends in Lovelock. There, they made many memories, some loving, some safe and some questionable in the safety department. The Gambles moved to Carson City in 1962 where John graduated with honors from Carson High School and excelled in football, basketball and baseball. He earned All-State status in football three times and in 1965 was named a high school football All-American. John earned All-State status four times in baseball and was named to the All-Conference team in basketball twice. In the summer of 1966, after graduating from Carson High, John was drafted by the Los Angeles Dodgers in the second round of the Major League Baseball draft. He played his first professional season at the Dodgers’ Ogden, Utah affiliate where he was managed by Tommy Lasorda. John worked his way up the ranks in baseball and was eventually traded to the Detroit Tigers where he would make his major league debut in 1972. In the off-season, John would come back to Reno where he attended the University of Nevada. John treasured his years in baseball and made many lifelong friends during his career. His passion and love of the game was undeniable. Upon retiring from baseball, John moved on to coaching high school baseball for Hug, Reno and Reed and eventually ended up coaching softball at Wooster High School with his daughter Tawnya. During these years, he also began his career with the City of Reno working in parks and recreation. He enjoyed his work to improve our open space until his retirement as maintenance supervisor for the Washoe County Parks Department. John married Dawn Carter in 1969 and they had two children together, Cory Gamble (1973) and Tawnya Gamble Root (1976). He was very proud of his family heritage, his Nevada roots and even more so, his kids. John was passionate about hunting and fishing and he made sure that love was passed on to his children and eventually to his grandchildren. His love for the outdoors was grounded in countless trips exploring the Nevada wilderness with his dad and brothers. These adventures, to him, were valuable time with family and friends in the places he loved the most. The stories are endless, hilarious and will live on in infamy. John had an amazing life and truly treasured the countless people that were a part of it. He loved big, cared for everyone, and could sit and listen for hours, giving sound advice when needed. His honesty and humble spirit were traits that made him so loved by all who knew him. John was preceded in death by his parents John and Muriel. He is survived by his brothers, David Gamble (Allison) and Douglas Gamble (Laura). In addition, he is survived by his children, Cory Gamble and Tawnya Root (Angelo) and grandchildren Hazen and Tucker Root. He will be missed greatly by his nieces and nephews, Mark McKinnon, Ali Gamble Cooper, Shelly Gamble, Jesse Gamble, Luke Gamble, Ellie Kobialka and their families. A celebration of life will be held Sunday, November 6, 2022 at 1 pm at the Reno Elks Lodge. In lieu of flowers please make donations in John’s name to the Boys and Girls Club of Winnemucca. 1973 Whitworth Way Winnemucca, NV 89445. http://www.bgcwin.org/

Send flowers to the service of John Robert Gamble Jr.