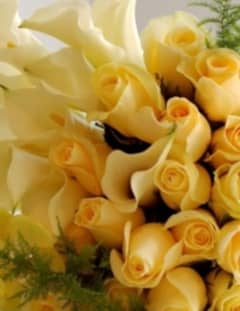 He was born On December 4, 1940 in Lanett, Alabama to Cornelius Hudson Roberts and Thelma Doris Belcher Roberts. Mr. Roberts graduated from Five Points High School in Chambers County May of 1960. After graduation from high school he attended Atlanta Technical College in Atlanta, Georgia receiving his degree in electronics. He then moved back to the valley area and began working as a salesman for Cohen's and then later to Bartlett's Clothing Store in West Point, Georgia. He later became the warehouse manager for West Point Wholesale Grocery Company for many years until the company went out of business, then working for Georgia & Alabama Supply Company as a truck driver and supply clerk until the went out of business, he owned a business as a paint contractor for many years serving the East Alabama area. He retired from Johnson Industry after 14 years of service.

In 1962 he married the love of his life Norma Thompson Roberts, they had a wonderful marriage that lasted almost 59 years until his passing. In 1964 he was drafted into the Vietnam War, but later discharged due to a hunting accident that prevented him from being combat ready. In 1966 he was sworn as a special deputy sheriff by sheriff Buster Daniel, and was sworn by every sheriff there after for a total of 55 years of service.

He was a member of the West Point, Georgia Jaycees for many years. He assisted Mr. Calvin Dollar with special need's children which later became Valley Haven School. He was an Eagle Scout in the Boy Scouts of America when he was a teenager.

He was a member of the First Christian Church in Valley, Alabama, where he was active with the youth as long as he was able. He love collecting indian artifacts, western memorabilia and antiques, he was a marksman with both pistol and long gun and also a comedian, he enjoyed watching western movies, college football (Auburn Tigers) and Atlanta Braves baseball.

Funeral services will be held Thursday January 21, 2021 at 2PM (ET) at the First Christian Church, Valley Alabama with burial to follow at Oakwood Cemetery In Lanett, Alabama

Visitation will be at the church on Thursday from 1PM (ET) until 2PM (ET) prior to the service.

On line condolences may be sent to jeffjonesfuneralhome.com

Send flowers to the service of David Cornelius Roberts