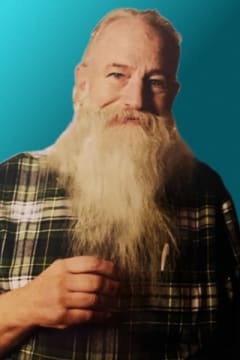 Doug Smith, born Charles D. Smith, passed away May 30th, 2020 in Ukiah. Born October 24th, 1952, Doug grew up in the Detroit area. He was the oldest of seven siblings, preceded in death by his mother Lavenue Yeanopolis (Poe) of Dawson Springs, Kentucky, his father Harry Smith of Long Beach, California, and his youngest sibling Dottie Palmeri.

Doug’s favorite childhood memories are of spending summers with his siblings at his grandparents’ and great aunts’ farms in Kentucky. Doug began his lifelong interest in studying history at an early age. His grandmother sold World Book Encyclopedias and gave a set to the family, which Doug read from A to Z. He could always share many, many factoids.

Any pursuit that Doug engaged in he did so thoughtfully and carefully, researching it thoroughly and always learning. Beyond his specializing in auto repairs, he would take on fixing tractors, motorcycles, appliances, and when the need arose pretty much anything. He was generous to his friends in sharing his knowledge and assistance.

Doug arrived in Mendocino County at 18, and in his early 20s resided at a Zen Buddhist community in Little River, then lived up and down the Mendocino Coast from Gualala to Wesport, for many years in Fort Bragg.

Doug was the beloved life partner of Ada B. Fine. They met in Fort Bragg in 1995 and lived on the coast until moving to Redwood Valley in 2006, where they lived until 2017 when their home was tragically destroyed in the Redwood Complex Fires. Doug’s health began to decline following their move to Ukiah, but he continued to delight in his vast record collection and his blissful soaks at Orr Hot Springs.

He was preceded in death by his mother, Lavenue, his father Harry Smith, and his youngest sibling Dottie. Doug is loved and survived by his partner Ada, his siblings Victoria Yarrington, Virginia Vaughn, Portia Pace, Gregg Smith, and Ryan Smith, their spouses and many neices and nephews, and his many friends. A celebration of Doug’s life will be forthcoming.

Doug especially loved the music of Jimi Hendrix, Jerry Garcia, Leonard Cohen and Dr. John, among others now in the heavenly orchestra. Doug is currently up there partying with all of them, and as he often exclaimed, “smokin’, drinking,’ and dancing the hootchy-kootchy.”

Send flowers to the service of Charles D. Smith

Flowers are delivered by the preferred local florist of Empire Mortuary.
For Customer Service please call: 1-888-610-8262

Flowers are delivered by the preferred local florist of Empire Mortuary.
For Customer Service please call: 1-888-610-8262

Ceremonies as unique as the life you're remembering.

A KNOWLEDGEABLE RESOURCE YOU CAN RELY ON

When faced with the loss of a friend or relative, many people find themselves with a large number of questions. We are committed to answering your questions and addressing your concerns in a truthful manner. Our knowledge of what goes into celebrating life and paying tribute to a departed loved one allows us to help you with ceremonies, obituaries, memorials, and more.

DON’T DEAL WITH A LOSS ALONE, let us help

While everyone has their own way of coping, we can make the arrangement process a bit easier. We offer a commitment to understanding the sensitivity of these situations, we can be your trusted resource during a time of loss. We are dedicated to giving you the information you need while respecting your privacy and your emotional state.