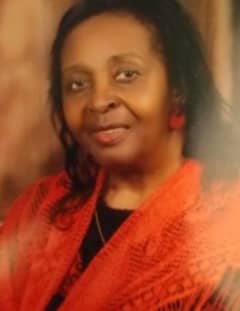 Words of comfort will be rendered by the Rev John Leonard.

Interment will follow in the. Cooper Chapel AME Zion Cemetery.

Mrs.Earls will lie in repose at the church, one hour prior to Celebration of Life Services.

Mrs. Dorothy Earls confessed Christ at an early age and joined Dawson Baptist Church, Roba, Alabama. Later, she married the love of her life, John, who gave her the nickname “Woman”. She joined St. Mark AME Church, Hurtsboro, Alabama, where she served as a faithful member. Dorothy served as the secretary for St. Mark AME Church for 40 years until 2015. Presently, she served on the Steward Board, member of the Missionary Society, President of the Pastor Aide Society, and President of the Benevolent Committee.

Mrs. Dorothy Earls was employed at Tuskegee University until retirement in 2014. Dorothy was affectionately known in the community as “Dot Earls”.

The Staff of Carter Funeral Home is honored to support the Earls Family with End of Life Services.

Send flowers to the service of Dorothy J. Earls 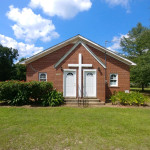