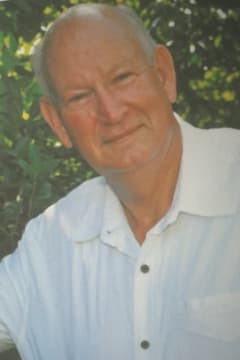 He was preceded in death by his parents, James and Martha Ellen Williamson Perry; three siblings (Rebecca Perry Simpson, James Perry, and Cooper Perry). Gary retired from the USAF in September 2008 and the Alabama West Florida Conference in June 2009.

Gary entered the ministry in June 1976 after eight years of enlisted time in the USAF. He attended Troy State University graduating in August 1977. He then attended Emory University’s Candler School of Theology graduating in 1979. He was ordained as an Elder in Full Connection in the Alabama West Florida Conference of The United Methodist Church. Gary was commissioned as a Chaplain in the USAF in 1983.

Services will be held Sunday, August 22nd at Fredonia United Methodist Church, 6240 County Road 222, Five Points, AL 36855. Visitation will begin at 2:00pm EST with Graveside Service to follow at 3:00pm EST. *** Due to the recent COVID spike, masks will be required to protect the health of all in attendance.

In lieu of flowers, donations may be made to Fredonia United Methodist Church (mailing address 5364 County Road 289, Lanett, AL 36863) or the American Heart Association.

For online condolences please visit our website at www.blufftonfuneralservices.com. Services have been entrusted to Bluffton Funeral Services, Lanett, Alabama.

Send flowers to the service of Gary Randolph Perry