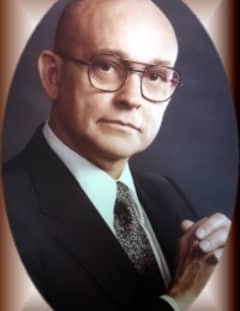 A memorial funeral Mass will be celebrated at Holy Family Catholic Church in Lanett AL on Saturday, December 1, 2018, at 12:00 PM EST.

Dr. Kalla is preceded in death by Colette, his wife of sixty-five years. He is survived by his six children, Dr. Peter Kalla (Lise) of Lexington, Ga; Paul Gerard Kalla (Liz) of League City, Tx; Patty Shoultz (Dan) of Chapin, SC; John Kalla of Auburn, Al; Kurt Kalla of Valley, Al; and Loretta Coar of Waycross, Ga. In addition, he will also be remembered by 12 grandchildren and 5 great-grandchildren along with numerous nieces and nephews.

Dr. Kalla served his country in World War II with the 84th Infantry division. He was wounded in action in the Holland/Germany sector with the 9th Army in November 1944 and was awarded the Purple Heart.

Dr. Kalla was also very involved within the local community. He was a charter member of the Chambers County Health Council and served as it’s President from 1982 to 1995. Community health projects of the Council included initiation of the school dental programs, the “Let’s Talk” teenage pregnancy prevention program, the Growing Healthy school curriculum program, and the establishment of the very first school nursing program in Chambers County Elementary and Jr. High schools.

In addition to his community involvement, Dr. Kalla was also actively involved with his church, Holy Family Catholic Church. He chaired the St. Vincent De Paul Society for more than 30 years and was a member of the Knights of Columbus. He was also a long-standing member of the church choir.

He was also a life-long supporter of the arts, especially of music and the theatre. He was a charter member of the Painted Rock Arts Society and the Painted Rock Players. He and his wife, Colette, were longtime supporters of the Opelika Arts Association, the Springer Theatre Society, the Columbus Symphony Orchestra, the Auburn University Telfair Peet Theatre, and the Montgomery Shakespeare Festival.

He was well known in the Valley area for growing roses. He loved to play pinochle and bridge, but above all, he loved classical and jazz music and musical theatre.

In lieu of flowers the family requests donations to the Chattahoochee Hospice.

Send flowers to the service of Dr. Paul John Kalla 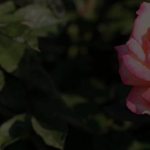