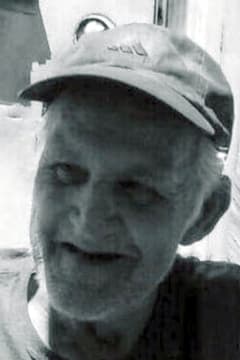 Charles Eugene Stout, 78, of West Point Georgia passed away at LaGrange Rehab and Nursing Home in LaGrange Georgia on August 21, 2021. Charles was born on February 23, 1943 in West Virginia to the late Leon and Kathleen Osborne Stout

Charles has lived in West Point for many years after traveling the US as a truck driver and traveling with various carnival circuits.

As a child he was stricken with polio which lead to several surgeries to correct the damage in his feet and legs which still left him with a limp for the rest of his life. Polio didn’t slow him down, he attended College in West Virginia for a couple of years for business and decided that wasn’t for him and he began his travels.

He usually didn’t spend more than a few weeks to a year in one place, he said his feet got itchy he had to go and most times he wouldn’t tell us he was leaving. He walked, hitchhiked and the few times he bought a car he didn’t keep it long, he didn’t like attachments and he usually traveled with just the clothes on his back.

He would tell us stories of his travels and people he met. He loved to play cards, work cross word and word search puzzles, loved watching sports on TV baseball, football and loved his Beer. His biological dad Leon Stout worked in the coal mines of West Virginia and later developed black lung and died from the complications in his 60’s.

His stepdad Odell Osborn is who he truly thought of as his dad. Charles told me on several occasions that Odell was always there for him never turned him away when he showed up in the middle of the night or day welcomed him with open arms.

A couple of weeks ago when his health had worsened as we discussed his burial wishes his main request was to be placed close to daddy (Odell). He laughed and said I could always find Odell every time he moved. ‘Once he had heard Odell had moved us back to Indianapolis so he found we were living there but was told we had gone back to West Point, so that’s where he found us. He was a loner and enjoyed life on his terms set in his ways of a lifetime of adventures and travels but never forgot his family and knew he was loved when he was ready to come home.

His best friend Tommy Miles who has passed on also was a good friend and Tommy’s daughters Jennifer and Brooke to Charles in his last several years.

He was my oldest and last brother God has called home. I’ll miss you brother ❤️

Services will be private.

Services have been entrusted to Bluffton Funeral Services, Lanett, Alabama.

Send flowers to the service of Charles Eugene Stout